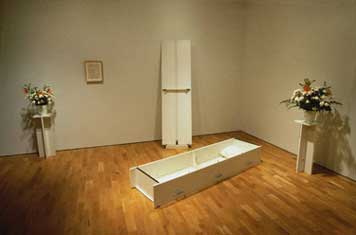 In Designing Our Own Graves Dmitri Siegel – who is currently pursuing his M.F.A. in Graphic Design at the Yale University School of Art, publishes ante, a quarterly journal of art and design, and is a contributor to The Morning News – discusses how the field of design is changed by the ‘prosumer’ (or simultaneous producer and consumer) culture.

Siegel describes prosumerism culture by stating that “people don’t just eat food anymore, they present it… they don’t look at pictures, they take them” (Siegel), and further describes the evolving consumer mind as a ‘templated mind’. Siegel also states that the templated mind hungers for customization and the “opportunity to add” input (Siegel).

Furthermore, Siegel queries if it is for the better or the worse, and posits that this shift in emphasis will marginalize designers. This is further described when Siegel states that the future of design (or any medium) depends on “how it is integrated into the process of social production,” and parallels the phenomena to album art giving way to CD art, which now as .MP3 files only have a 200 square pixel representation.

The quote that stuck out to me the most was that of “you do not own your Flickr account and you never will… when you update your MySpace account you are building up someone else’s asset.” I think that this quote is very significant, and that DIY people should realize that we are all now considered expert do-it-your-selfers.