One of the major areas of evolution in technology  for the design industry – mechanical movable type printing – occurred during the Middle Ages (or the Medieval period). The Middle Ages, which lasted from the 5th to the 15th century, occurred between the collapse of the Western Roman Empire and the Renaissance and the Age of Discovery.

The Middle Ages in Europe saw barbarian and various Germanic people invaders forming new kingdoms in what remained of the Western Roman Empire, and the population of Europe increased greatly as technological and agricultural innovations allowed trade to flourish and the Medieval Warm Period climate change allowed crop yields to increase.

The Jikji cover is handmade with Indian ink, the metal type’s dimensions are 24.6 x 17 cm., and on the last page of the Jikji are recorded details of its publication, indicating that it was published in the 3rd Year of King U (July 1377) by metal type at Heungdeok temple in Cheongju. With the Jikji one can see movement towards a mechanism that ordered visual communication into a process for manufacturing and reproduction.

Almost simultaneously occurring during the Goryeo Dynasty in Korea, the proliferation and use of the ‘Villard Diagram’ appeared in manuscripts and incunabula of medieval Europe and France. Villard de Honnecourt was a 13th-century architect and artist from Picardy in northern France, and he devised a mechanical method of achieving a ‘recursion process’ – building very complex structures starting with very basic elements – which is where visual objects are defined in terms of other objects of the same type. This very practical precise way to divide up a composition into segments and sub-segments used to determine text area and position, can be seen by looking at an example of a Villard Diagram (see fig. 5-8), and applying it to a medieval manuscript such as the Sphaera of Sacrobosco (see fig. 9). The use of hand drawn divisions to order space, and create grids to divide composition would primarily continue until the 15th century. 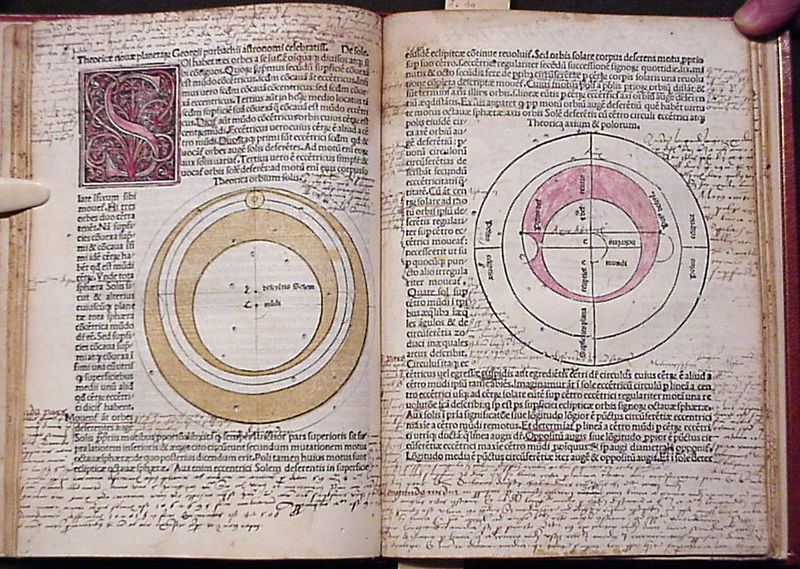 Indeed, the block printing technology of the 1400s gave way to the Gutenberg method of printing which separated typesetting from the printing process, and eventually in Strasbourg during1440 Johannes Gutenberg (see fig. 10) is said to have perfected and unveiled the secret of mechanical movable type printing in Europe, and by 1450 the press was in operation, and a German poem had already been printed. 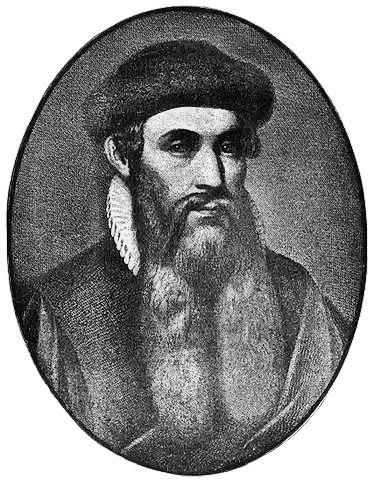 Although between 1450 and 1455 Gutenberg printed several texts, the Gutenberg Bible (see fig. 5) was the first major book printed with movable type, and it marked the start of the ‘Gutenberg Revolution’, and the age of the printed book in the West.

More so than previously, one can see the antecedent of “the grid” through Gutenberg’s idea of using a single, hand-carved character to create identical copies of itself – cutting a single letter could take a craftsman a day of work, and a single page taking 2,500 letters made this way was impractical – and so exploring a mechanism offered a less labor-intensive method of reproduction. Also, the technique of justification was used in the Gutenberg Bible by creating a vertical alignment at the left and right-hand sides of the column, and this matrix could be used to produce many duplicates.

Furthermore, Johann Gutenberg’s European invention of mechanical movable type printing started the Printing Revolution and is widely regarded as the most important event of the modern period. It played a key role in the development of the Renaissance, Reformation, the Age of Enlightenment, and the Scientific Revolution and laid the material basis for the modern knowledge-based economy and the spread of learning to the masses. From 1544 through 1821 A.C.E. the spread of the Gutenberg Press eventually gave way to the industrial printing press in the 1800s A.C.E., which gave rise to Chromolithography in 1893 A.C.E., and eventually letterpress, silkscreen, and photograph printing.